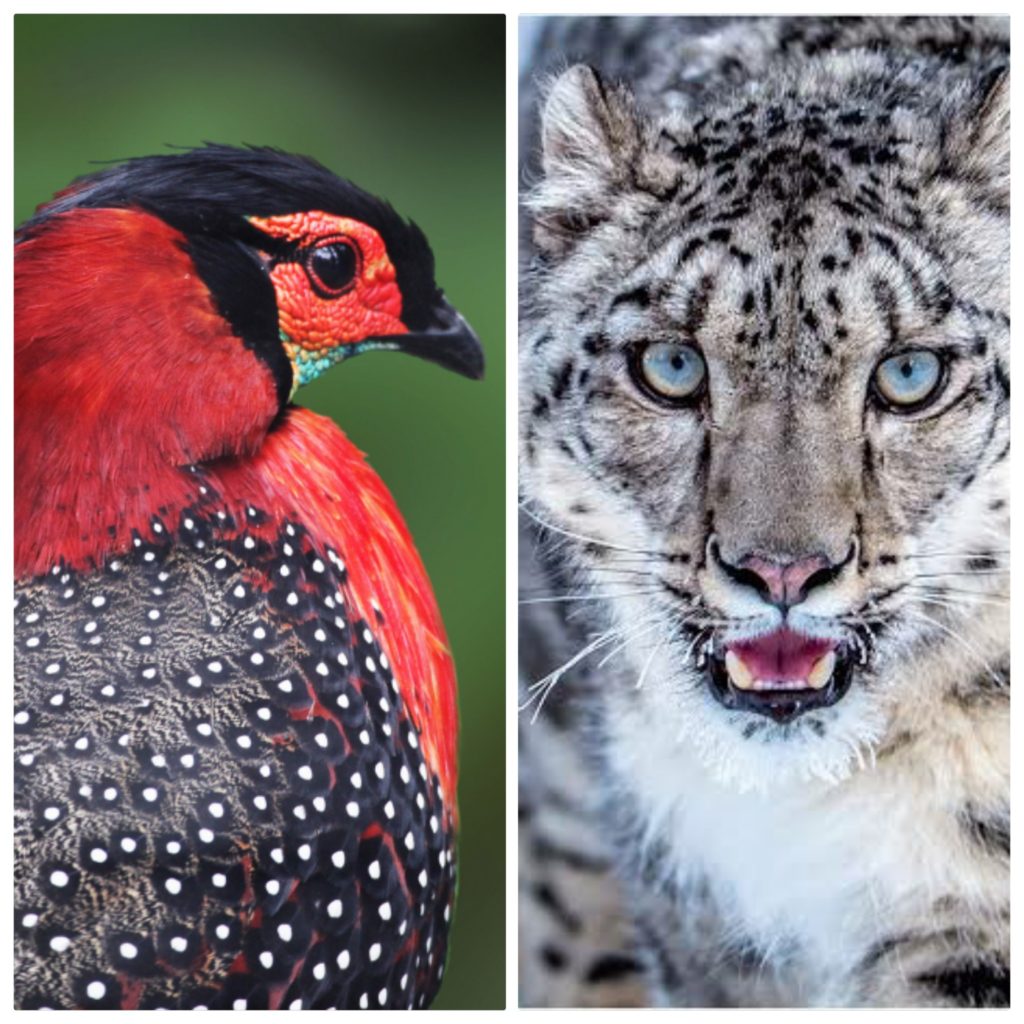 ✓Declared as the State Bird of Himachal Pradesh Western Tragopan (Tragopan melanocephalus) is locally called as Jujurana which means King of Birds.
✓Western Tragopan a medium-sized brightly plumaged pheasant found along the Himalayas from Hazara in northern Pakistan in the west to Uttarakhand within India to the east.
✓The species is highly endangered and globally threatened and is included in the Schedule 1 of the Wildlife Protection Act, 1972 offering fullest legal protection.
✓Himachal Pradesh happens to be the stronghold of the species and probably harbours the only viable population of Jujurana in the wild in the entire world.
✓ It inhabits upper temperate forests between 2,400 and 3,600 m in summer, and in winter, dense coniferous and broad-leaved forests between 2,000 to 2,800 m. elevations.
✓They build their nests in low tree hollows.

✓Declared as the State Animal of Himachal Pradesh Snow Leopard (Panthera uncia) popularly known as the Mountain Monarch is a moderately large cat native to the mountain ranges of Central Asia.
✓It has been categorized as vulnerable by the International Union for Conservation of Nature (IUCN). previously it was categorized as endangered but due to the conservation efforts. IUCN downgraded it to Vulnerable.
✓Snow leopards occupy alpine and sub-alpine areas generally 3,350m and 6,700 m (10,990 and 22,000 ft) above sea level in Central Asia.
✓Snow leopards have long thick fur, and their base colour varies from smoky gray to yellowish tan, with whitish underparts. ✓They have dark gray to black open rosettes on their body with small spots of the same color on their heads and larger spots on their legs and tail.
✓Unusually among cats, their eyes are e pale green or gray in colour.