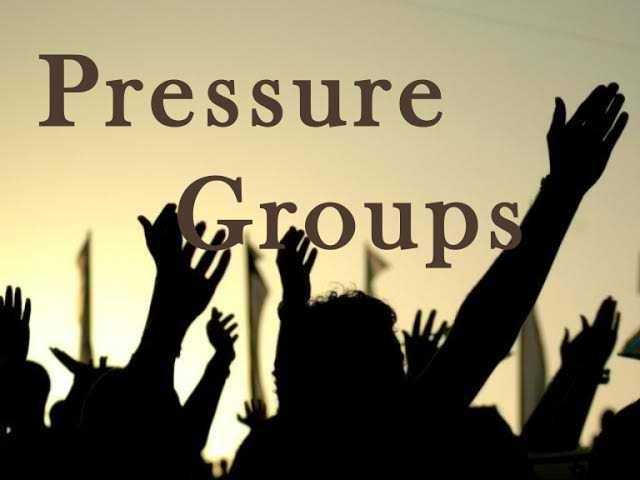 In general terms a pressure group is a group of people who are organised actively for promoting and defending their common interest.

SOME OF THESE GROUPS ARE

B.NGOs as a pressure group

– Number of NGOs are working in himachal Pradesh for the interest common people Some of them are :

works in the area of Art & Culture, etc. The organization works towards the promotion of sustainable development.

2.Abhivibha: initiated a programme to serve and help the condition of the inmates of an Old Age Home in Basantpur District Shimla.

4.Ashiyana: support all children and young adults with learning disabilities, regardless of gender, ethnicity or background. Their aim is to empower and support our members to improve their independence, choice and well-being through participation, social awareness and integration.

5.Awaaz: It works as a social working society’s .it is involved in educational projects to protect the environment and prevent environmental pollution

6.WWF shimla- this is world wide known NGO for conservation of environment and to focus on environmental issues

– Himachal Chamber of commerce and

They put the demand of business class and their problems in front of Government and mold Government in framing the policies of their own Interest.

A trade union is an organised expression of the needs,wishes and aspiration of the working class.

-The number of registered trade union has gone nearly up to 1500 in Himachal Pradesh.

-There are some of the very important private trade unions functioning in the State.

– Himachal State P.W.D. and Mechanical B. and R. Workers

– Apple Growers Association came up in the politics of Himachal Pradesh 1983 objective was to promote and safeguard the best interest of those engage in fruit and other farming. It interlinked between government and farmers in the state.

-In order to understand the politics of pressure groups i.e. Apple

Growers Association members, political attitudes, the history of the formation of Himachal statehood and its culture is important.

-The majority of AGA members are from Shimla, Kullu, Kinnaur,Sirmour, Chamba and Mandi districts known as old Himachal Because climatic condition of these districts are suitable for apple cultivation.

-Though Kullu district is the exception which was the part of Punjab but the district is culturally more kin to Shimla district.

-Thus Apple Growers Association is imbibed with politics of sub-regionalism

-Though the association is officially unaffiliated to any political party,its members did have their political preference and affiliations.

-Their political preference was measured in terms of the parties to which they have voted right from 1980 parliamentary to 1993 elections.

-The Apple Growers Association have attracted more members with Congress preference since 1980 onwards.

-The preference of majority of members to congress party can be explained because of poor performance of Janta Party in the centre, the other reason, the Congress Government headed by Thakur Ram Lai was empathetic to problems of growers.

-In 1980 in Himachal Pradesh defection took place on large scale and many Janata Party and MLA’s defected to congress and congress which had only eight MLA’s under the leadership of Thakur Ram Lai succeeded in forming the Government.

these are generally related to employee class some of them are:

1. HP Govt. Teachers Association which work for the interest of teachers.

These are organisation of student to represent the cause and grievances of students in Himachal Pradesh.

They draw government attention towards student Problems and help to frame policies.

Student organisation in Himachal Pradesh are

They represent the narrow Perspective and Often Push their Religious Ideology.

-Apart from their efforts for the promotion of their religious objectives these associations help their members to secure social mobility, political power and economic gains.

– It take an active interest in the civil, cultural, social,spiritual and moral welfare of the Brahmins in particular and Hindus in general according to Sanathana Dharma.

-As Brahmin Sabha other groups are also present which work same to bring their own Organisations together to work collectively for the welfare of the community.

-Aggressive group that of “government pensioners” is beginning to flex its political muscle and make its presence felt in this debt ridden hill state.

-This group of retired employees is now organizing itself in every nook and comer of the state.

-Every district, constituency and division has a retired employees

association and they have even forced the political parties to have separate pensioner cells as one of their fronts.