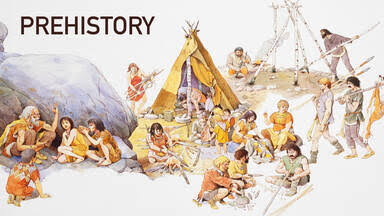 -Outside the Indus valley, the Shiwalik hills, foothills of the Himalayas was inhabited by Munda-speaking Kolarian people.

-Due to people’s from Indus valley civilization these Kolarian people were pushed toward Upper areas of Himalayan region. In the Vedas, they were regarded as Dasas, Dasyus, Nishadas, etc. In the post-vedic literature, they were mentioned as Kinnaras, Nagas and Yakshas.

-The Kols, also known as Mundas were perhaps the earliest and original migrants to the Himachal hills.

-The Kolis, Hali, Dums, Chanals of the Western Himalayas and Chamangs and Damags of Kinnaur and Lahaul and Spiti were the ancient races of Himachal Pradesh. According to Rig Veda,

– SHAMBARA was a powerful king of the hills, who had 99 strong forts in the areas between Beas and Yamuna rivers.

-It is believed that the Aryans left their Central Asian home in search of new land and pastures for their animals.

–One branch of the Aryans entered Kashmir and moved forward slowly into the middle belt of the Himalayas. They conquered the native people and established colonies in the hills and valleys of Kashmir, Himachal Pradesh, Garhwal, Kumaon and Nepal.

–This branch of Aryans were known as Khashas who were Kshatriyas.

-As they did not have their own Launguage therefore they used a language which was very similar to Sanskrit. When they settled permanently, they organised themselves into families and villages. Each unit elected an individual who was called Mavi or Mavana .

-The meaning of Mavana was Strong man

– With the passage of time, these Mavanas developed into tribal republics and these republics further developed Themselves into Janpadas

-In the later age, some vedic saints settled in different areas of Himachal valleys were

– Rishi Vashishtha near the Vashishtha Kund in Manikaran of the Kullu valley, Parshuram in Nirmand,

–The Vyasa near Beas cave in Bilaspur.