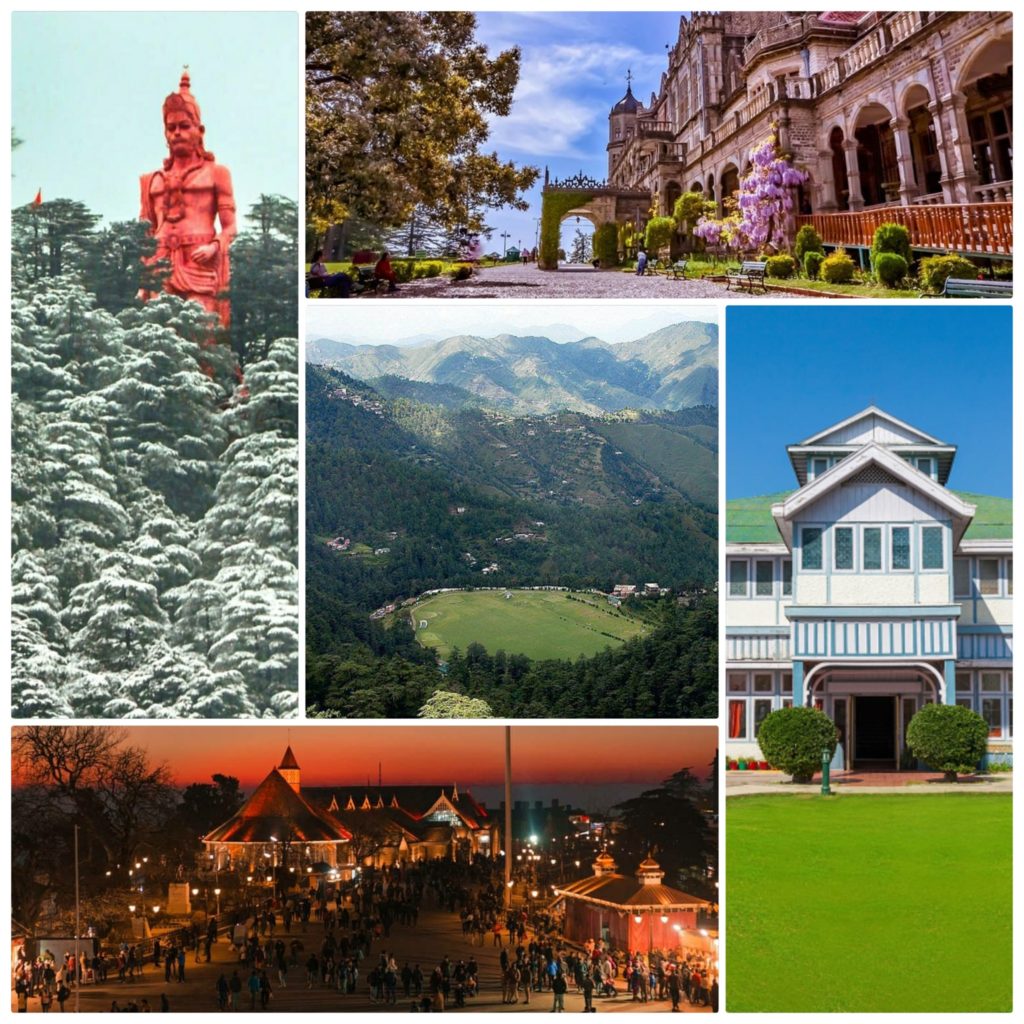 ✓One of India’s most popular hill resorts, Shimla is the state capital of Himachal Pradesh.
✓The town named after goddes Shyamla, grew out of the turmoils of the Gurkha wars after 1815-1816.
✓In 1822, a large house built in the village Shyamla by Captain Charles Kennedy led to this 12 km crescent shaped ridge to be occupied by the British people and troops.
✓In 1864 this small village became the summer capital of British India under the viceroyship of Sir John Lawrence.
✓The town has a close connection with India’s freedom movement for it was here that A.O. Hume laid the foudation for Indian National Congress to spreahead the struggle against the British empire may have ceased to exist, but its echoes linger on in the architechture and ambience of this hill station.