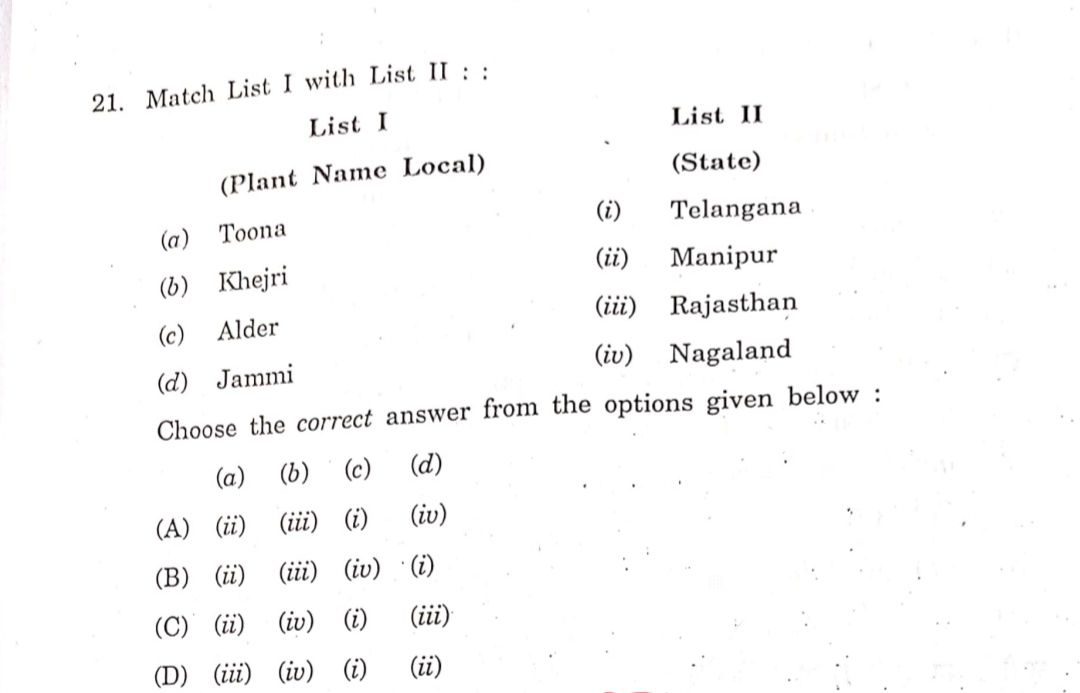 Alder is state tree of Nagaland therefore ans is B 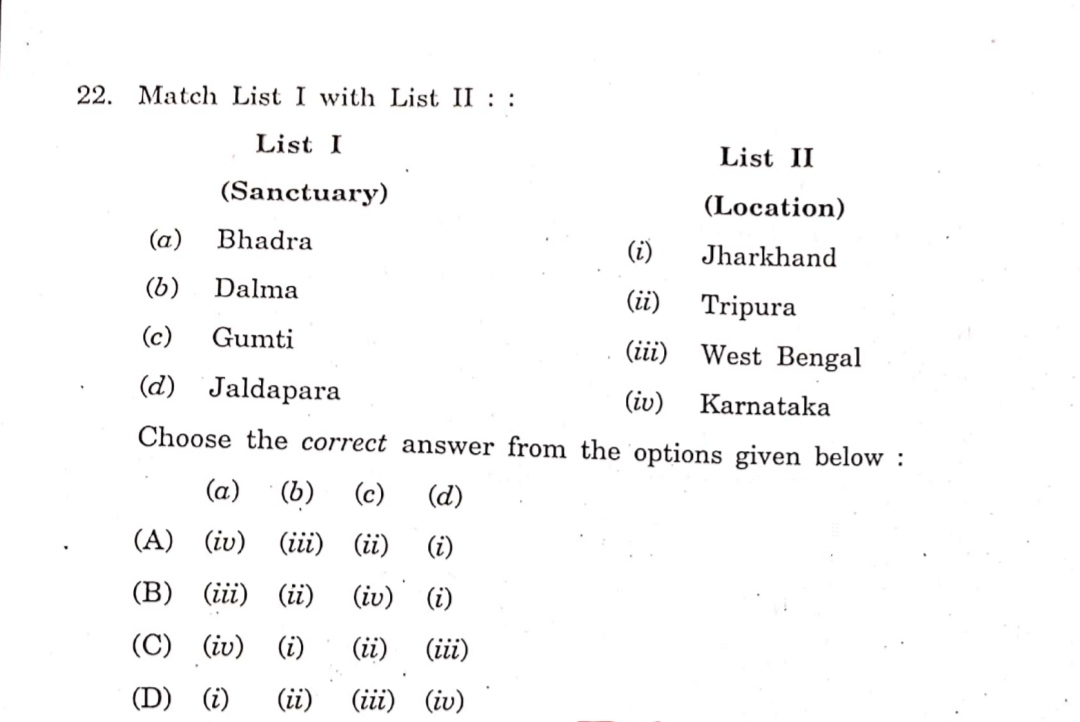 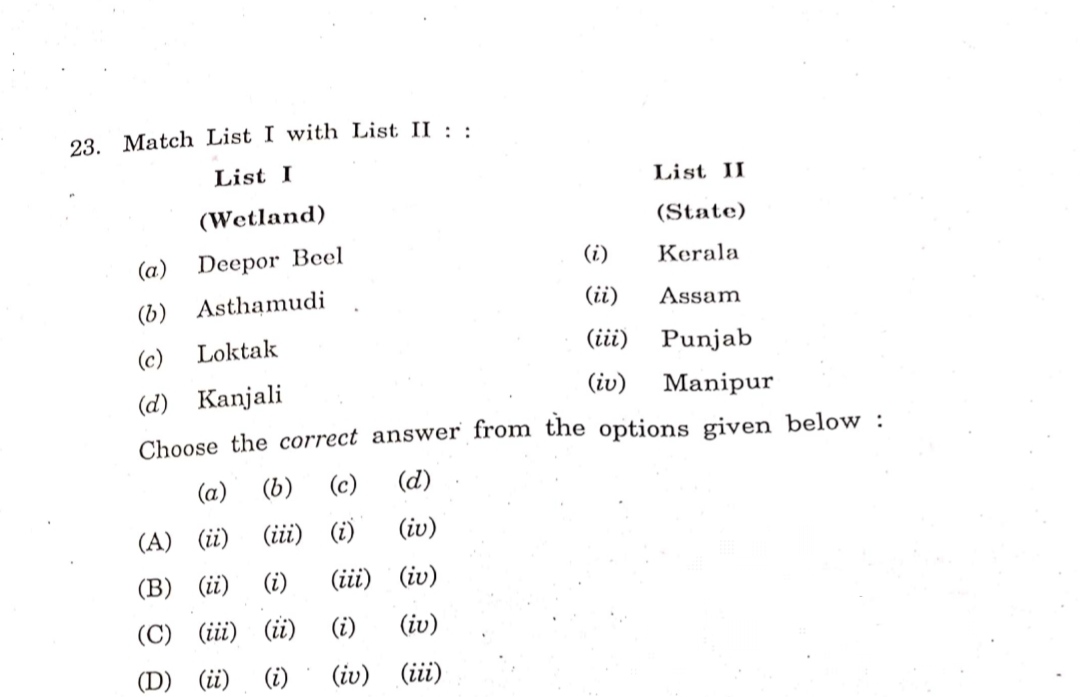 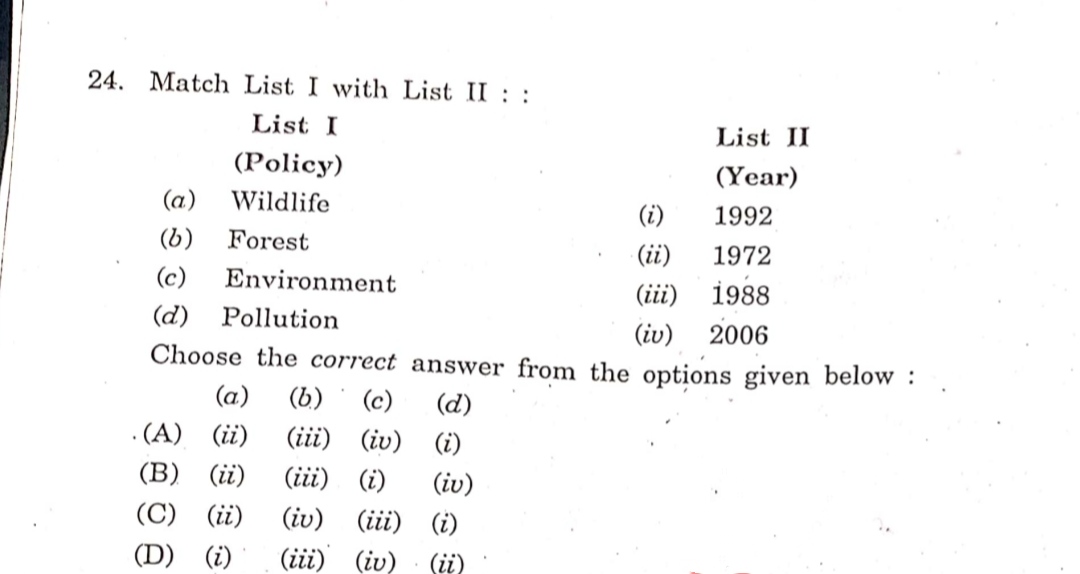 Most kidney stones are composed of calcium and oxalate.

Statement 1 is wrong – Steam produce more severe burns than boiling water Because steam has more energy than water at same temp i.e. 100 ℃ . Steam use latent heat of vaporisation to get vapourisze and water don’t have this energy.

Radio waves have highest wavelength therefore they have lowest frequency

33.consider the following statements about ethanol and choose correct answer from given options:
1.It is main constituent of all alcoholic drinks
2.It is not a good solvent
3.It is soluble in water in a proportion
4.It can not be used as an additive in petrol
A.1 and 2
B.1 and 3
C.2 and 4
D.3 anonly 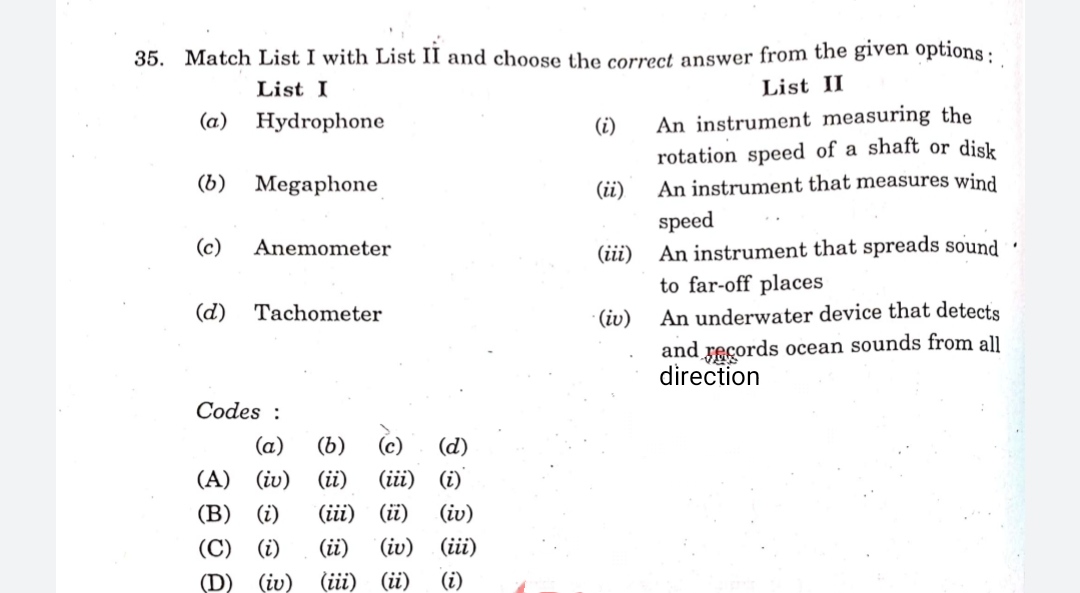 36.Which of the following statements is correct?
i.Dhauladhar Range branches off from the Great Himalayan Range near Badrinath
ii.The Pir-Panjal range separates the drainage of the river Spiti from that of the river Beas.
iii. The Zanskar range is the easternmost range which separates Spiti and Kashmir from Tibet.
iv. The ‘Gumrang and Shólarang’ passes connect the basin of the river Chandrabhaga with its basin in Tibet.
(A) (iv) only
(B) (i) and (iii)
(C) (ii) and (iv)
(D) (ii) only

Statement iv is wrong – The Gumrang and Sholarung passes  connect the Himalayan basin of the Sutlej with its basin in Tibet.

Statement ii is also incorrect – Because it is Great himalayan range that separates the drainage of the river Spiti from that of the river Beas.

Therefore ans is B

38.Which of the following statements is correct ?

(i) According to G.A. Grierson, Kehluri is an offshoot of rude Punjabi

(ii) The dialect spoken in the Rampur Bushehr, Kumarsain and Kotgarh regions and in the nearby parts of the Satluj valley is called Kochi.

(iv) According to Dr. Bhojanath Tiwari, Pahari language originated from Dangi and Pishchi’.

Fourth statement is wrong and rest all other statements are correct

39.Select the incorrect statement from the following

ii.The most popular dance of Kinnaur is Kayang

iii.Burah is famous dance of Mandi

40.Which of the following statements about ‘Jal-Jeevan-Mission’ is not correct?

i. In HP. it is targeted to include every rural houseshold in providing Functional Household Tap Connection (FHTC) to every family by June, 2022.

iii.In Himachal Pradesh 91% of the households have been provided with
domestic connection against a national average 45.50 percent.

(iv) Himachal Pradesh places at 8th position in the country for providing FHTC.