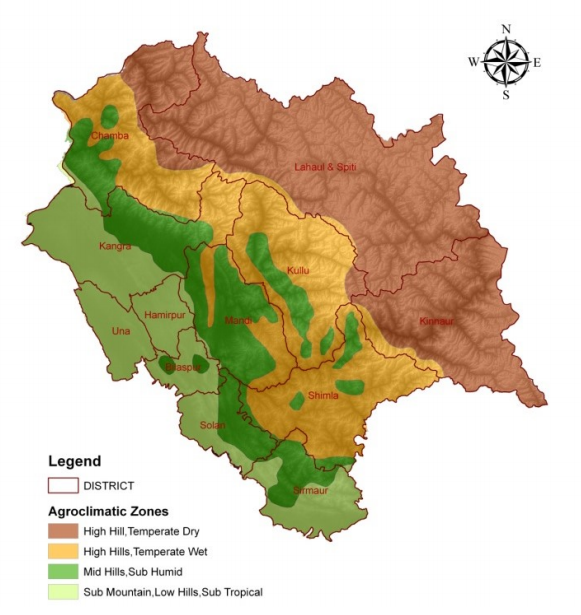 ✓Agriculture is the main occupation of the people of Himachal Pradesh.

✓It has an important place in the economy of the state.

✓ It provides direct employement to 69% of the total workers of the state.

✓About 10% of the total GSDP comes from agriculture and its allied sectors.

✓Out of the total geographical area of 55.67 Lakh Hectares, the area of operational holdings is about 9.55 lakh hactares and is operated by 9.61 lakh farmers.

✓About 11% of the total geographical area of Himachal Pradesh is cultivable as against 55% for the entire country.

✓80% of the total cultivated area in the state is rainfed.

✓Rice, wheet and maize are the important cereal crops of the state.

✓Groundnut, Soyabeen and sunflower in Kharif and Rapeseed/musterd and toria are important oil seed crops in Rabi season.

✓Urad,bean, moong, rajmah in Kharif season and gram, lentil in Rabi season are the important pulse crops of the state. 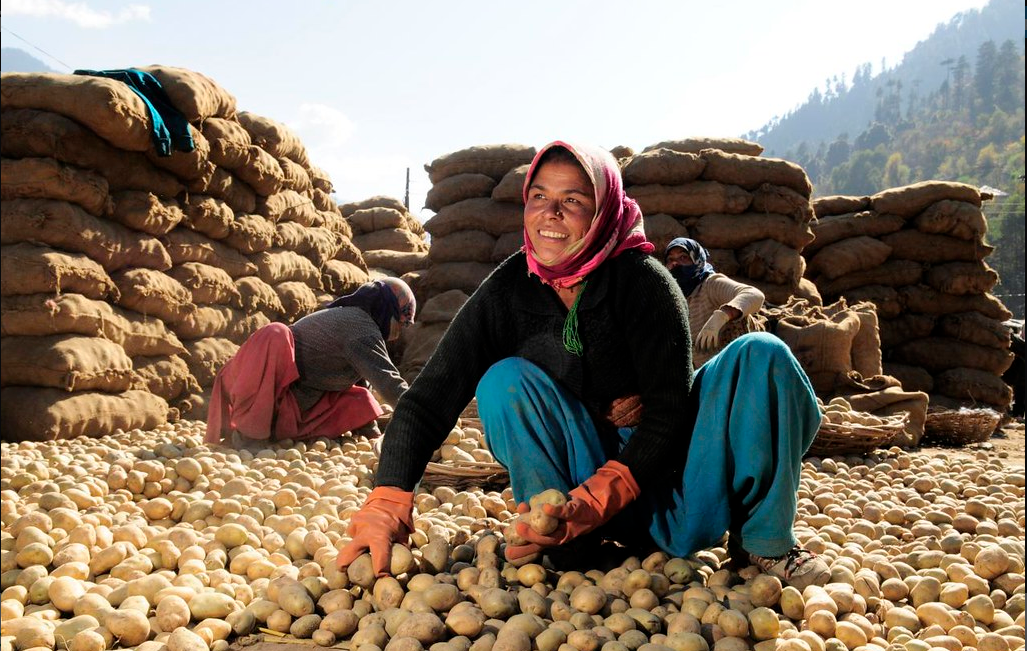 ✓Agro-climatically the state can be divided into four zones viz.:-

✓Comprising of upland of part of Chamba, Kangra, Hamirpur,Solan, Sirmour and Bilaspur districts.

✓Climate Sub -Tropical consists of foothills and valley area having elevation from 350m to 650 m above sea level.

✓This zone extends from 651m to 1800m above the sea level having mild temperature climate.

✓This zone has very good potential for the cultivation of cash crops like off season vegetables, ginger and production of quality seeds of temperate vegetables like cauliflower and root crops. 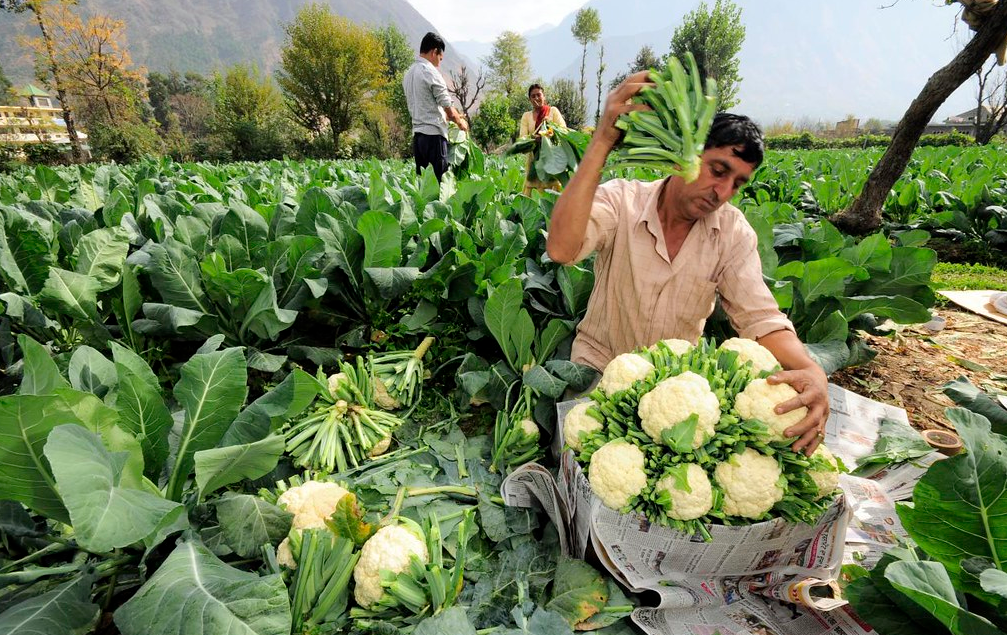 ✓Comprising of parts of Chamba, Kangra, Mandi, Sirmour districts and inner most of Shimla and Kullu districts.

✓This zone lies from 1801m to 2200m above sea level with humid temperature climate and alpine pastures.

✓The area is ideally suited to the production of quality seed patato and temperate vegetables.

✓It is ideally suited to the production of quality seed potato, temperate and European type of vegetables and their seeds, seed potato and peas seed. 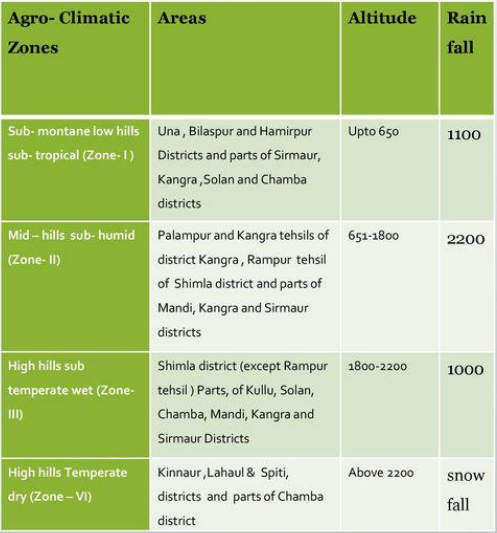 ✓The agroclimatic condition in the state are congenial for the production of cash crops like off season vegetables, potato and ginger.

✓During the 12th Five Year Plan (2012-17) emphasis has been laid on the production of off season vegetables, potato, pulses, and oil seeds besides cereal crops through timely and adequate supply of inputs, bringing more area under irrigation, approach of watershed development, demonstration and effective dissemination of improved farm technology etc.

✓Growing of of seasonal vegetables have also picked up in the state.