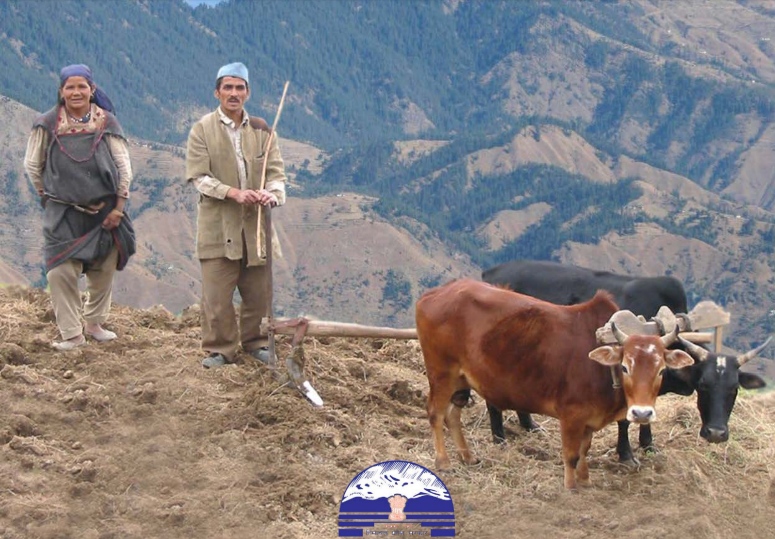 ✓Before the formation of Himachal Pradesh in 1948, no attention was paid to the economic development and social welfare of the hill people.

✓None of the erstwhile hill states was having economically viable unit and exploitation of the vast natural resources of the area was not even thought of.

✓These small princely states had neither the resources nor the will power to develop their areas.

✓In 1948, when Himachal Pradesh was founded by integrating 30 erstwhile princely states, it had an area of 27,018 sqkm and the available motorable road length was mere 288 km.

✓Due to such a low state of development of roads, the Government has rightly spent more than 50% of the first Five Year Plan expenditure of 527 Lakh on the construction of roads.
✓Out of the total installed capacity of 4.31 MW only 3.58 KWH of electricity was generated in 1950-51.

✓Out of 8384 inhabited vilages and
11 towns, only six towns were electrified in 1950-51 through local generation system.

✓In the absence of power, industrial development could not be thought of.

✓Under the Factories Act, 1948, only three industrial units were functioning in the state, employing total 870 persons.

✓The educational standards were dangerously low and according to 1951 census literacy rate was mererly 7.98% (Males:12.97%, Females:2.49%), lowest among the states and UTs of India.

✓Per annum per hectare production of food grains was 0.51 MT.

✓Against this prevailing socio-economic structure and background, the Planning process started in the state right from the
First Five Year Plan (1951-56) itself.

✓Since then the state has made tremendus economic progress and today the economy of the Himahcal Pradesh is based on a number of factors like:
1. Agriculture
2. Horticulture
3. Forests
4. Hydel Power.
5 Transport & Communication
6. Tourism and Industry

All these factors will be discussed in detail in the upcoming articles.